The Eiffel Tower was built by Gustave Eiffel.

The tower has three levels for visitors, with restaurants on the first and second levels.

It was built between 1887 and 1889 for the Exposition Universialle (World’s Fair).

There are 20,000 sparkling lights covering it.

The top of the tower leans away from the sun as the metal facing the sun heats up and expands. It can move as much as 7 inches and grow 6 inches taller.

It was built to sway slightly in the wind.

When the tower was built, it was only meant to be kept for 20 years. People didn’t like the Eiffel Tower and wanted it taken down because they thought is was an ugly structure. By the end of the 20 years the city had learned that the tower could be used to help with communications. The military used the tower as a wireless telegraph transmitter for communication during battle. Today it’s used to send radio and television signals to the city of Paris and beyond. After people learned about the many benefits the tower provided, no one wanted it to be taken down.

The Eiffel Tower joined the green energy movement by building two wind turbines on the second level. These wind turbines produce 10,000 kilowatts per hour (13,000 horsepower per hour) of electricity.

Commissions earned on the rental properties below:
Apartment with Eiffel Tower View:

Paris Belvedere With Panoramic View Of Paris And Eiffel Tower: 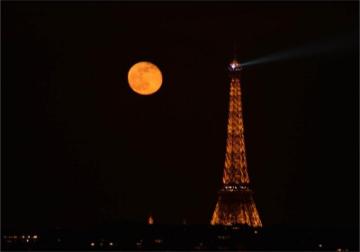 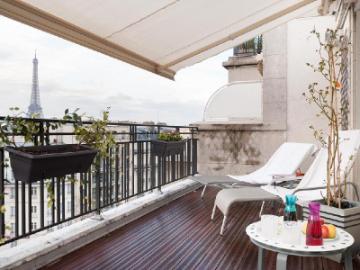 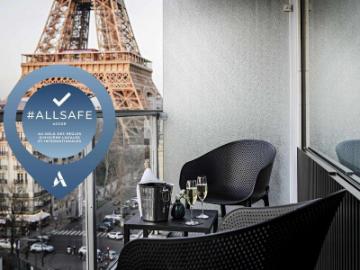 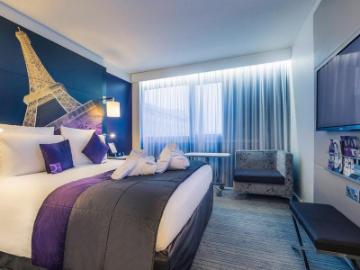 No commissions on the following. My suggestions:
Gustave Eiffel's Spectacular Idea: The Eiffel Tower book