The Arc de Triomphe is located on the right bank of the Seine at the centre of twelve radiating avenues.  It is one of the most famous monuments in Paris, France.

Designed by Jean Chalgrin in 1806, it honors those who fought and died for France in the French Revolutionary and Napoleonic Wars, with the names of all French victories and generals inscribed on its inner and outer surfaces.  In it’s vault, underneath the Arc, lies the Tomb of the Unknown Soldier from World War I.  There is an eternal flame lit.  The flame burns in memory of the dead who were never identified (now in both world wars).

Three weeks after the Paris victory parade in 1919 (marking the end of hostilities in World War I), Charles Godefroy flew his Nieuport biplane under the arch with the event captured on newsreel.

Because of heavy traffic on the roundabout of which the Arc is the centre, it’s recommended that pedestrians use one of two underpasses located at the Champs Élysées and the Avenue de la Grande Armée.

A lift will take visitors almost to the top – to the attic, where there is a small museum.  Another 40 steps remain to climb in order to reach the top, the terrasse, from where you can enjoy a panoramic view of Paris.

Image by Pexels from Pixabay

There are also cruises that go to Paris.
Click on link below. 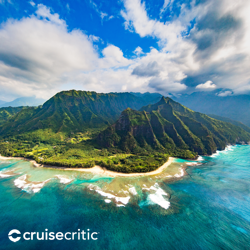